Not Everything is As It Seems


On December 28, 2017, a woman named Amy Alkon who says she is 53 years old and lives in California posted a tweet stating that people who choose to ride bicycles with their kids on roads are assholes that are endangering their babies. 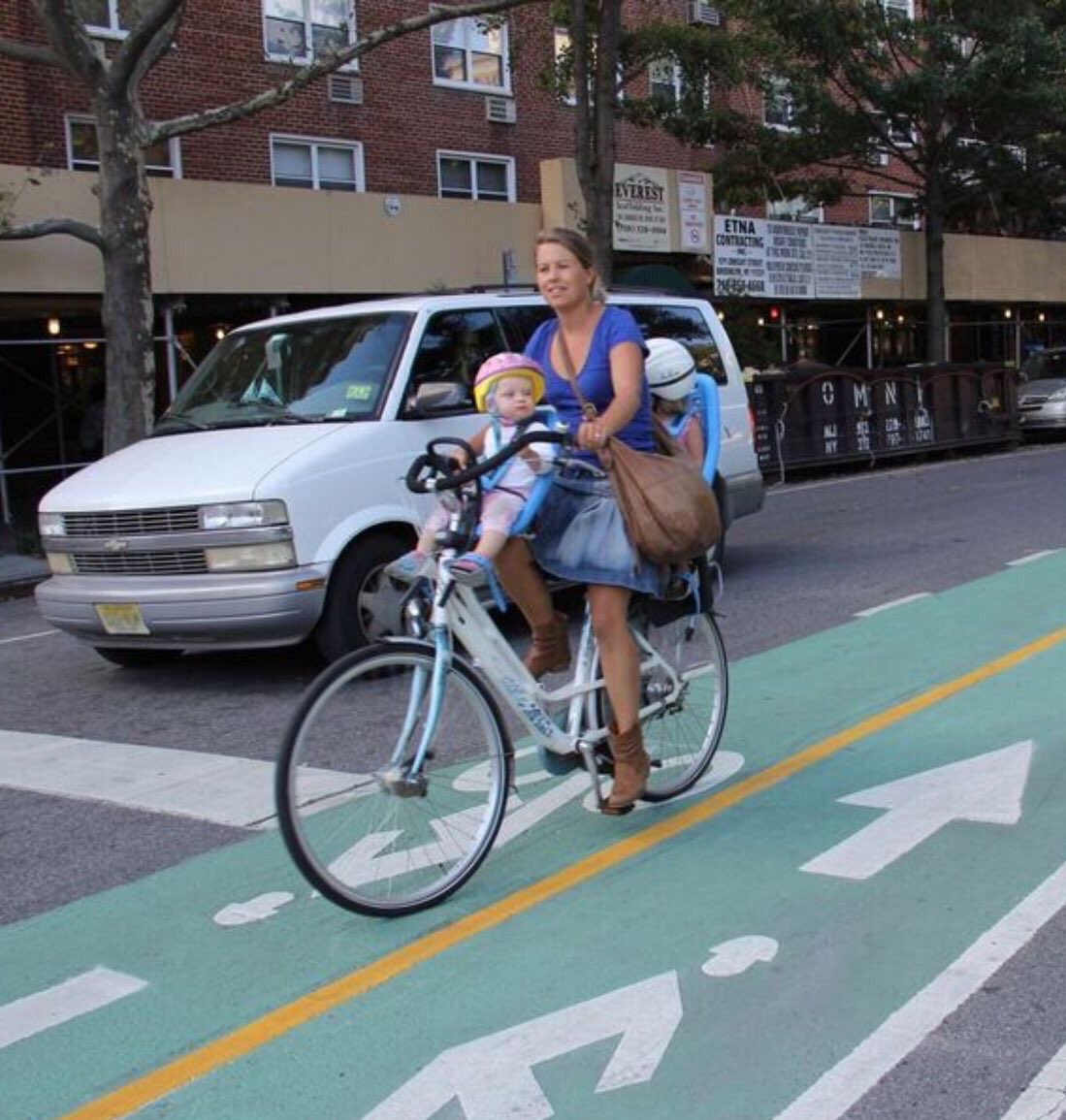 In reviewing the many comments from other people and Ms. Alkon's responses, the following is clear:

1. The level or anger that got her to call people she has not ever met "assholes," is not out of care for the children, but really due to a recent change that personally affects her. It turns out that her neighborhood roads were recently put on a "road diet," and now it takes longer for her to get where she wants to go when she chooses to drive a motor vehicle:

"You'll see, oh, two or three cyclists every 10 minutes or so in that special lane carved out on Venice Blvd. So, sure, let's bring traffic to a standstill by cutting out a traffic lane -- when there was already a bike lane to begin with! #cyclingideologues"

2. Since she chooses to drive a motor vehicle, she has a hard time relating to people who choose to ride a bicycle. This leads to victim blaming instead of focusing on the person who causes the harm. Alkon admits that people who choose to drive motor vehicles cannot be trusted to do so safely. Like the people who blamed 14 year old Emmit Till for getting murdered for saying to a white woman, "How about a date baby,", Alkon likes to focus on the victim of the harm and not the person who caused it:

"If you bike next to speeding traffic, you are trusting drivers to never be distracted or get a medical condition and pass out. Perhaps you didn't consider that. If you don't consider it now, & put children in that situation, how do you possibly justify that?"

She even goes as far to suggest that since people choose to drive drunk and look at their phones that people who choose to ride bicycles should, "have lights to prevent tragedy."

"He's right. I drive as if I'm terrified of hurting people - which I am - but many at night have been drinking, don't have good vision to begin with, are looking at their phones. Cyclists riding at night should have lights to prevent tragedy."


Instead of blaming victims, Alkon should focus on the people causing the harm. She pretends that people who ride bicycles with kids are unethical, and assholes, however, under her reasoning, anyone who walks on any sidewalk at any time with a kid is an unethical asshole. Under her reasoning, drivers cannot be trusted. Clearly a small curb does not keep a drunk or texting driver on the roadway. The driver could certainly hop a curb and kill someone walking or pushing their child in a stroller. So should we just give up and let the drunk texting drivers win like Alkon wants? No more walking ever. You can only walk to enter your motor vehicle that is in your garage. We'll need way more parking spaces maybe 100 stories high next to each building so everyone can step from their car into the workplace, store etc. and not use the sidewalks currently in place.

"Same car, same speed, crashes into car carrying child or child on mom's bike. Which is more likely to end tragically? Sorry rational thought is hard for you vis a vis your cycling fundamentalism."
Akron does not provide any evidence that a child strapped in a car seat in a car is better of than one on a bicycle. For example, something like this study from Pediatric Surgery 2014, that found the risk of a brain injury for a child is similar among properly restrained and improperly unrestrained infants involved in higher speed motor vehicle crashes.

Imagine sitting in a chair in your yard. An NFL linebacker weighing 250 pounds sprints into you at a speed of about 20 mph and lays into your back. You go flying like a football player does in a football game when they get hit. Now imagine the same scenario, but instead, you are strapped to the chair and the chair is buried in concrete and will not move. Your brain, spine, heart, and other body parts will start moving forward after the first hit and then slam into the inside of your skull and body as the chair holds you in place. Which would you prefer?

Alkon's argument that because in her opinion a child in a car is better off in a crash than a child on a bicycle fails to account for a comparison of the likelihood of adverse outcome in each situation. Example, what if the chance of getting rear ended on a bicycle is 100 times less than in a car. Is the person choosing to ride the bicycle with a child still an asshole? What if the person choosing to ride a bicycle chose to live close to their job and child's school so there is never any need to get on a freeway. Now, the person bicycling with a child guarantees that any crash will occur at city speeds vs highway speeds. Are they still an asshole that endangers their kid?

Using Alkon's analogy/comparison above, any person who chooses to put a child on an airplane or commercial jet is an asshole endangering the kid. How can a parent put their child on an airplane knowing there is a risk of the plane falling from the sky and smashing into the ground. All the parent needs to do is drive the kid around in a car and it is 100% certain the kid will not fall from the sky into the ground and die. But what about when the parent wants to travel over seas? Simple says Alkon, you put the kid on a boat and then you are not an asshole subjecting your child to falling out of the sky and dying.  But wait, what happens when the boat overturns and your baby who doesn't know how to swim dies? You are an asshole again who endangers a kid. Alkon says:

"Ridiculous. Giving kids independence is a good thing. People should not unnecessarily expose children to deadly risk. Taking them out on bike next to traffic bc it suits your cycling fundamentalism is horrible endangerment of children. NOT speaking up about it is unethical."

I guess if we all listen to Alkon we just keep our kids in the U.S. until they are 18 years old because putting them on an airplane or boat is "unnecessarily exposing them to deadly risk." The funniest part of this whole diatribe is that she chooses to expose herself to the unnecessary risk of traffic crashes by choosing to live and work where she does. If she chose to live near where she works she would not have to drive and get worked up about her city choosing to try a road diet.  In 2016, 36,461 people died in traffic crashes. She is unnecessarily exposing herself to this risk. If she doesn't use a car, she can avoid this risk.


4. You know a weak argument when someone comments on what someone else supposedly told them.

"Came to my senses about the danger of parent taking kid on bike next to LA traffic when I became friends w/an emergency room doc. Terrible, terrible stories. Kid is just as tragically hurt or dead if when it's the driver's fault."

How does a "terrible, terrible, story," from an emergency room doctor make something dangerous? Isn't every story involving a child dying or getting killed terrible? What would the ER doc have to say about plane crashes with kids? Kid drownings in pools? Kids dying from cancer? Kids getting run over when the parent leaves them near the tire of an auto? Kids getting forgotten in a car when it is hot out? "Kids choking on peanut butter? Kids dying from water skiing, snow skiing, snowmobiling, ice fishing, hunting, crossing the street, dehydration, respiratory infections, dog attacks, stroke, heart problems, rabies, snake bites, shark attacks.....bee stings.......I would love to hear from the alleged ER doc and ask him/her to me  story about a kid getting tragically hurt or killed that is NOT terrible.

Alkon says she does not have kids. If she did, an she wasn't a hypocrite, I would expect that she would keep her kids inside a sealed building 24/7. Why? Because every year mosquitoes kill 725,000 people. Clearly any parent who lets their child outside of an enclosed bubble is an unnecessary risk taking unethical asshole. God forbid the parent who takes their kid(s) camping. Alkon probably would be in favor of locking those parents up.

This is a great news! It's good to know that there's an existing law that protects the interest of our dear cyclists in Wisconsin. This should be done all over the US.