Despite the weather, the 2012 Santa Rampage was a lot of fun and still had a great turnout.  It's interesting to see the new costume ideas each year.  One of my favorites this years was the "Sheboygan Santa."  A blaze orange santa with a blaze orange santa hat and deer strapped across his front handlebars.  The deer made an appearance for lunch at Conejitos-see photo below.

Dream Bikes had a bike set up with a pretty tall Christmas tree upright on a trailer.  It was fun to ride behind the tree because you couldn't see the rider, just the tree moving around in traffic.  Although it rained lightly most of the day the numbers of Santas seemed about the same as years past.  The southside neighborhood definately had the best cheering residents with most of the cars honking and lots of parents and kids waiving or taking photos and video.  Kochanskis was fun with a live polka band and standing room only for Santas. Rudolph looked lonely among all of the santas-see below.  See you next year. 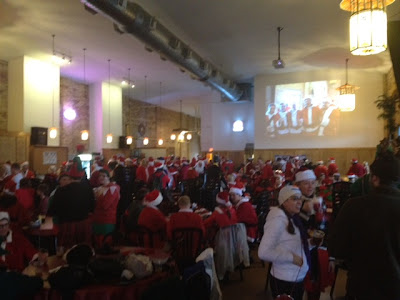 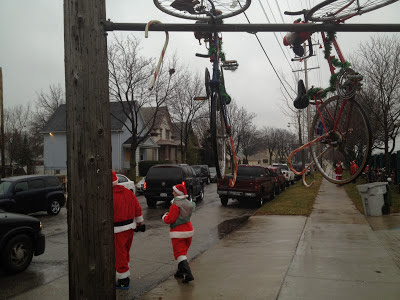 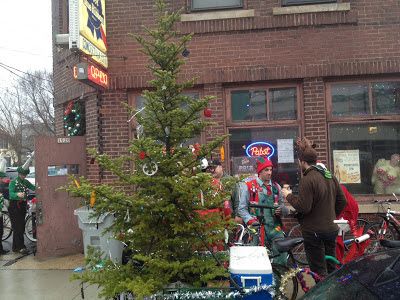 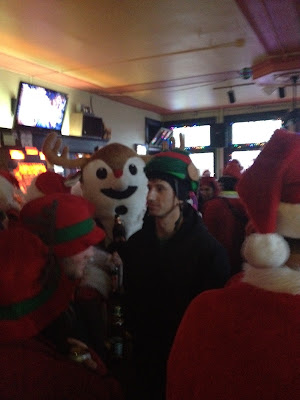 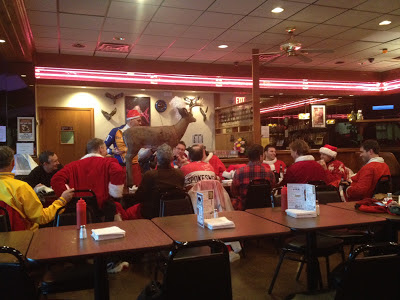 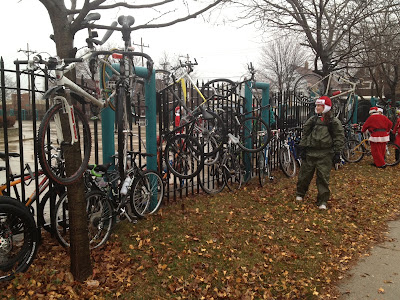