RIDE THE DRIVE A GREAT SUCCESS 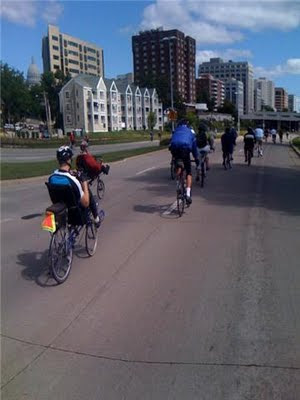 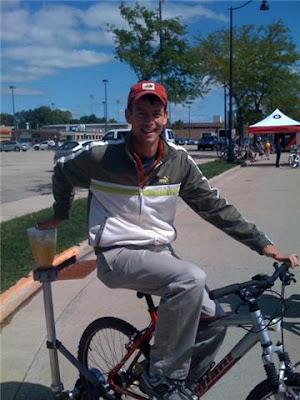 Me on the Saris Peddle Powered Blender 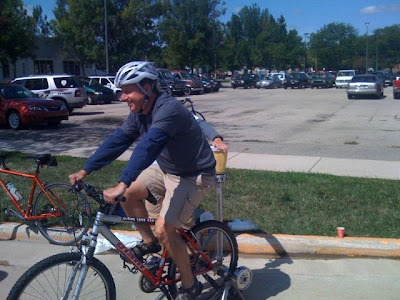 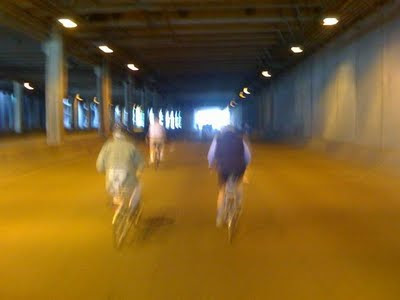 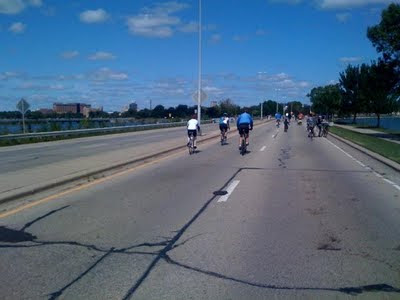 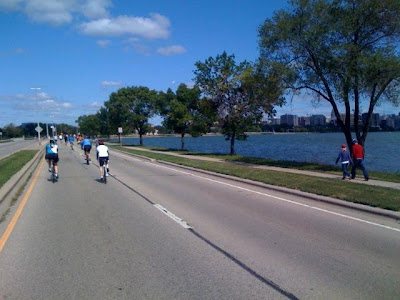 On August 30, 2009 the City of Madison held its first Ride the Drive. John Nolen and local streets near the capitol were closed to traffic from 8 to 2. An enormous amount of people showed up to take advantage of the closed roads.

From what I could see, there were a lot of families out enjoying the sunny day. Early on I noticed a lot of rollarbladers but in the afternoon, it was mostly bicycle riders using the roads. Highlights included the Saris peddle powered blender (see pics above), hot dogs from the weiner mobile, and the ability to walk, ride, run, anywhere on the road.
I helped close the roads for this event and was at the tip of John Nolen near the park when we moved the barricades across at 8 a.m. It was pretty fun to close the road and see all of the excited bicyclists. Many bikers showed up even before the roads were closed and seemed really pumped to have the roads to themselves for a few hours.
I didn't notice any major traffic problems as a result of any road closures. From everyone I talked to, the event was a success and everyone was talking about doing it again next year.

It's truly amazing to see how many people in Madison have bikes and was wonderful to see so many families out together enjoying the day. Although I had to help close and re-open the roads, I did get to enjoy a lap on the drive myself. Thanks to the bicycle federation of Wisconsin for putting on this super fun event.

This event sounds fantastic. If it occurs next summer, I'll definitely going make plans to ride my trike in it.

Did you have any trikers?

p.s. Is this an annual thing?

Yes, there were some trikers. They are planning on having another one next year and possibly two- one in spring, one at the end of summer. Hope you can make it.