Madison's second Ride the Drive turned out great. According to local news accounts about 30,000 community members showed up to enjoy the nice day until the rain came at about 3:30. Note that Chicago only gets 20,000 riders for theirs. I was impressed with the separate lanes/routes for small children and with how friendly everybody was. One of the coolest things I saw besides a bike with a grill on the back, was the stationary electricity producing bicycles that powered music for a stage. The bikes actually have electrical cords attached to them to transfer the electricity produced. See below. The next Ride the Drive is in August with Lance Armstrong making an appearance.

VIDEO OF RIDING THROUGH THE TUNNEL ON JOHN NOLEN 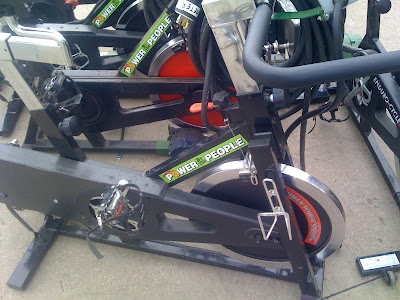 BIKES THAT CAN POWER A LIVE BAND 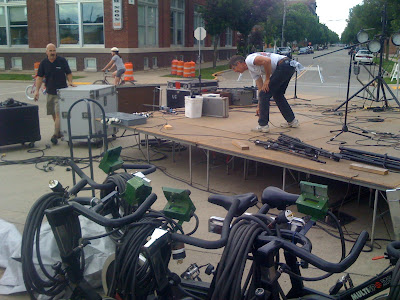