TENSION BETWEEN BICYCLISTS AND DRIVERS—US VS. THEM MENTALITY 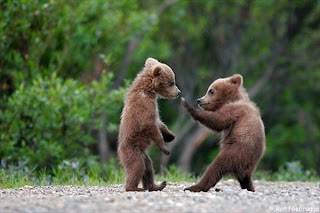 Rush Limbaugh’s comments, a recent skit by a Madison DJ, and the new law in Madison fining drivers who open their doors when it is unsafe make it easy to see the attitudes some drivers have toward bicyclists. In the skit, the DJ made comments that people are sick of bicyclists and they need to be taken off the planet.

Keep in mind that there are plenty of bicyclists who do violate the laws of the road and inflame drivers just as another car would that violates the law. However, it is still disturbing to see how many drivers have the attitude that bicycles should not be on the road, or that since drivers are in a heavier vehicle they will always be right.

In response to the new door law, some comments from readers of the La Crosse Tribune include:

1) " I just had another incident come to mind. Some old wanna-be hippie bringing home is co-op groceries starts shouting at me because i was too close to him on the road. We both stop at the stop sign and he starts spouting off laws to me, as I'm arguing with him. He starts name calling and spits at me. That was assault, he tried to take off, but I was able to follow him to his home which is where the police met us. The police made him wipe the spit off my car and apologize. I'm telling you, I know my laws. maybe that was you? are you a grey haired bearded freak, that lives around hood street?

3) " They were wrong on many fronts. Safety should prevail, and riding your bike on MCR is just a bad idea. 2 of them were riding side by side instead of single-file. They were riding like they were on a lazy country road!I was infuriated, and the police understood my side... and let the bicyclist know its ok to be on the sidewalk, unless in fact you can keep up with the speed limit and flow of traffic. The law was written for speed bicyclists that act like a vehicle and can keep up, not for average cyclists pretending to be a vehicle cause they have a light and helmet. If its illegal to be on the sidewalk, we'd have a lot of kids locked up for it, or ticketed to the max, it is NOT illegal to do so anywhere. "

4)" If there is no bike lane, stay on the sidewalk, it's not illegal.If you choose to ride in the road like a real vehicle, then keep the speeds up and you have the whole lane, and this is a non-issue.If you ride in the street, legal or otherwise and get hit by a car, you will lose simply by weight differences. Doesn't matter whos right or wrong, .. who do you think is going to the hospital?I almost ran over a bike last summer on MCR as they were in the lane of traffic but not going 40mph. I went to pass a minivan and just about sent them to the hospital. Instead my groceries were all over the floor. The police were involved and bicyclist informed they were in the wrong. "

5)" what a stupid law. maybe bicyclists should watch for opening car doors instead. now there's an idea. what if you (as the driver) DO look out your window, don't see the biker, open your door and oops - the biker runs into YOUR door. still get a fine? wonder how much money it took the state to come up with this law and pass it? ridiculous. "

6) " man, is it that hard to look in your mirror and make sure there's not a biker coming before you lift your fat, lazy a$$ out of your car? "

7) " There is no reason bikes need to ride that close to vehicles period!!! How about the paint scrapes and dings from the handle bars from these idiots that feel they need to ride so close they brush their knees against vehicles. "

8) " Bikers have no business being in traffic. They either need their own bike lane or they need to stay on sidewalks. "