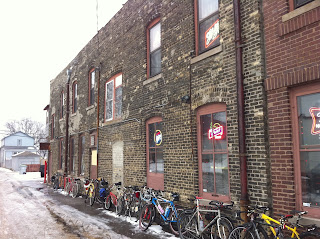 This past weekend was the Santa ride in Milwaukee.  The ride was in it's 10th year according to word on the street.  We met on Downer Street at bike friendly Cafe Hollander.  From there is was on to Lakefront Brewery and then a few other stops including Kochanski's Concertina Bar for some free tamales and a great polka band.  Unfortunately we didn't get the expected snow storm until the next day.  Great turnout, a few hundred riders and lot's of smiling faces throughout the neighborhoods.  There is another Santa Rampage in Madison on December 18, 2010 leaving from Espresso Royal at 11:00 a.m. 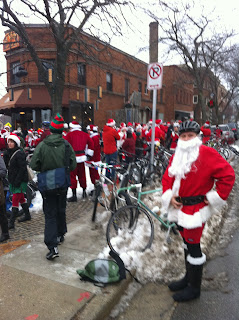 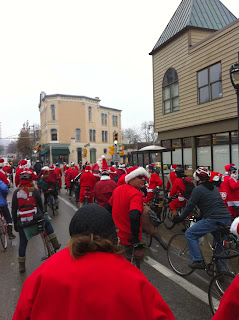 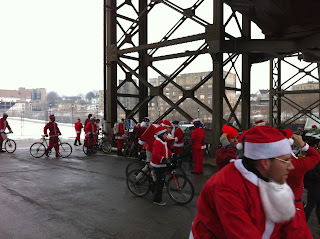 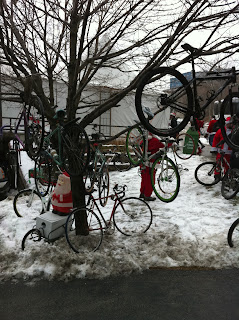 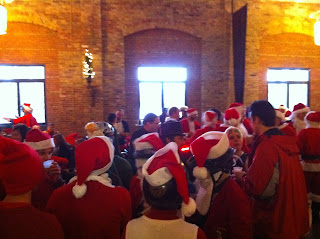 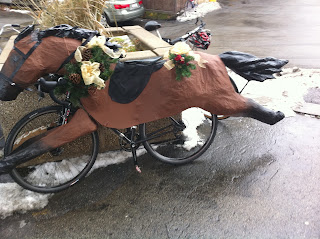 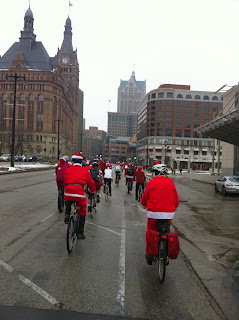 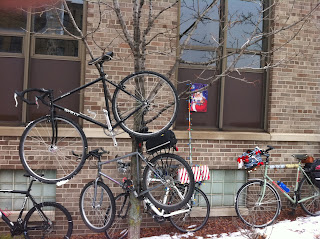 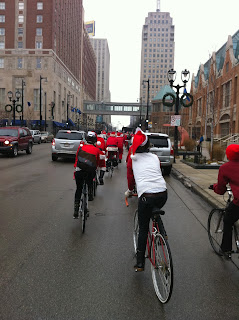 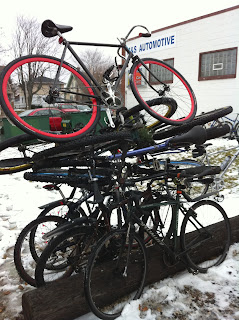 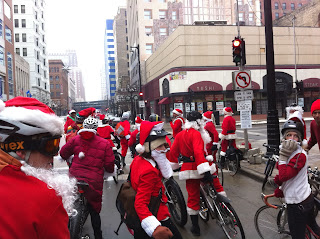